Mellieha is a large village in the northwestern part of Malta. It is a popular tourist destination during the summer months.

Mellieha as a village developed under British colonization after the British encouraged people to settle in the area by giving leases to the population. For two centuries previously, the area was abandoned due to fear from attacks of corsairs and Saracens. Before that, only a few villagers lived in the area. After the British encouraged Maltese to settle in Mellieha, the village flourished. Nowadays, the village includes a large number of villas.
Even foreigners choose to settle in Mellieha. As one example, the President of The Social Capital Foundation did. 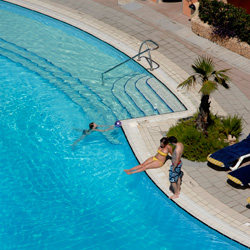